The living book of knowledge 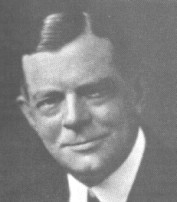 The final chapter
The least known part of Urban's up-and-down film career is his time spent after the First World War at Irvington-on-Hudson. Along with many of the pioneers of the cinema, Urban was a lost man in the post-war cinema world. He was furthermore separated from the British film industry where he had been, for a while, predominant, and was now only a very small cog in the giant machine that was the American cinema industry. Like a subject previously viewed through F. Martin Duncan's microscope, where once he had seemed big and on top of the world, now he was revealed to be microscopic indeed, a small man in a cinema industry growing larger and richer everyday on the proceeds of the fiction film. For Urban still placed his faith in the film that was good for you, the educational film, but it seemed too few people wanted to learn than wanted to see stories.

Kinekrom, the Spirograph and cinemagazines
Urban's business interests were now these. He was co-founder (with George McLeod Baynes) of a small, independent newsreel called Kinograms. Although it bore the distinctive 'K' title of several of Urban's creations, he seems to have had little to do with its subsequent operations. Together with engineer Henry Joy he was developing a colour film system that would improve on Kinemacolor and enable to make further commercial use of his huge Kinemacolor library. The system was to be called Kinekrom, but it never really got beyond the trial stage. Also with Joy he was hoping to market a device called the Spirograph, originally invented in 1907 by Theodore Brown, another of the inventors who benefitted from Urban's purse over a number of years, which showed films on a celluloid disc, and again would be a way of re-marketing the Urban library. This was a common theme, because Urban had also founded a new film company in 1917, the Kineto Company of America, whose chief product was a series of shorts called Movie Chats, launched in 1919, showing most travel and industrial films of light interest, many of which were simply Urban productions from the pre-war period. A similar series was started up the same year, entitled Kineto Review.

In 1922 Urban moved all of his business interests and his reported library of two million feet of film to a huge building, originally designed by Stanford White, at Irvington-on-Hudson just north of New York City. It was to be the complete plant for his parent company Urban Motion Picture Industries Inc. and all ancillary activities, and he boldly named it the 'Urban Institute'. This, he hoped, would be the culmination of all of his years as a producer of films. His plans were unfocussed but ambitious. He planned to create a kind of motion picture encyclopedia, which he called The Living Book of Knowledge, offering a library of films, as films or as Spirograph disks, to schools and other bodies with educational intent, bypassing the cinemas (which were by implication ignoring his films). It was a bold concept and impressively idealistic, impressive enough to attract a number of local investors (see share certificate below), who should have thought a little more wisely about what income Urban's activities at that time enjoyed.

Downfall
Urban's films were in truth gaining few bookings, and when the chief offering he actually had on the market was the Movie Chats and Kineto Review series, most of which was pre-war film in a rehashed format, then he simply did not have the revenue to support so grand an undertaking as the 'Urban Institute'. Information on Urban's activities at this time is hard to find. His name disappears from the film trade press of the period, and his own extensive papers make little mention of his activities after 1924. For the inevitable occurred, and the Irvington-on-Hudson business in its grand building with all of its grand notions of supplying a motion picture encyclopedia collapsed into a prolonged and awkward bankruptcy over 1924-25. Urban Motion Pictures and the Kineto Company of America were offered for sale by the receivers, and in August 1925 were purchased a former Urban investor named C.M. Bortman, who tried but failed to make a go of the business as Urban-Kineto Corporation. It was the end of the name Urban as an active concern in the world of film.

The End of the Dream
Of Urban himself, his feelings on the matter and his activites in America over the next five years, we know virtually nothing. He was not in penury, because his second wife - who had wisely kept much of her personal resources separate from his - remained comparatively wealthy, and he was still in negotations with people in the industry over colour film projects, all of which came to nothing. Tragically, although some of Urban's films remained in distribution through other companies for a while (including Hugo Reisenfeld's Red Seal) the two million feet of film that he boasted of seems largely to have disappeared. Presumably it was destroyed or melted down for its silver content, its only true worth as a tangible asset to the industry, when Urban had had such high hopes of its enduring, educational worth.